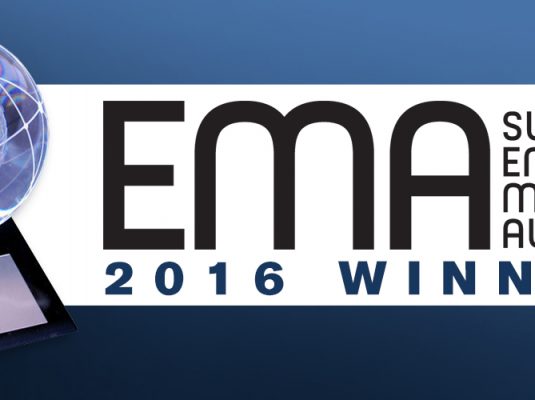 The Summit International Awards selected Mirrored Media to receive a Leader Award for Event Marketing in the 2016 Summit Emerging Media Award (Summit EMA) competition. Mirrored Media was recognized for its experiential marketing campaign for the premiere of Syfy’s hit series The Magicians, which continues to be adapted by other agencies nationwide.

Mirrored Media achieved exceptional results with millions of media impressions, ongoing social conversations, millions of pre-linear episode views, and the largest percent increase of millennial viewers than any premiere on Syfy in the three years prior.

“This was an exciting opportunity to work with Syfy around a challenging goal,” said Lefkovitch. “We set out to design a campaign to create buzz, reach, and excitement among influential millennial college students. The idea and execution was overwhelmingly successful for Syfy. We are extremely proud of the campaign results as well as the continued success of The Magicians and Bebe Rexha.”

The Summit EMA began in 2007 and evolved through a need to recognize and celebrate creativity, innovation, and those pushing the bounds of creative excellence in all forms of emerging media.

“Most communication professionals recognize that established avenues of communication can be reliable and safe; however, audiences are becoming increasingly fragmented and difficult to engage, inform and affect. Developing, applying and combining emerging media with creative messaging and market awareness is challenging. Achieving this synthesis is what makes earning a Summit EMA a significant achievement,” said Jocelyn Luciano, Executive Director for the Summit International Awards.

Mirrored Media is a full-service experiential marketing firm that creates high impact, enduring lifestyle campaigns specializing in music and entertainment. As innovators within the space, Mirrored helps brands reach their target market through authentic, stand-out experiences that are a win-win for the talent, the brand, and ultimately, the fan. Founded by CEO Justin Lefkovitch, Mirrored Media’s team is composed of experienced, industry-leading experts in production, event design, brand marketing, sponsorships and promotions, talent booking and management, and content creation. As an award-winning agency, Mirrored Media is consistently recognized as one of the most creative companies that caters to brands, media, influencers, and artists, creating custom tailored marketing solutions. By bridging the gap between music, technology, influencers, art, and fashion, Mirrored Media has curated some of the most successful and influential experiential activations and campaigns. Ultimately, every client experiences transformational results. Clients have included NBC Universal, Universal Pictures, TNT Turner, AT&T, Warner Bros. Records, Acura, mophie, CraveOnline, Bacardi USA, Fullscreen, Inc., TuneCore, Coach, and many others. For more information, please visit: www.mirroredmedia.com